Afiniac Eric Quakenbush, of Honolulu, Hawaii, is not new to the maker movement. You can tell from his website that he’s been an avid—and talented—creator for a while, with a background in graphic design. Recently, he shared his passion for making at the Barnes & Noble Mini Maker Faire in Honolulu. 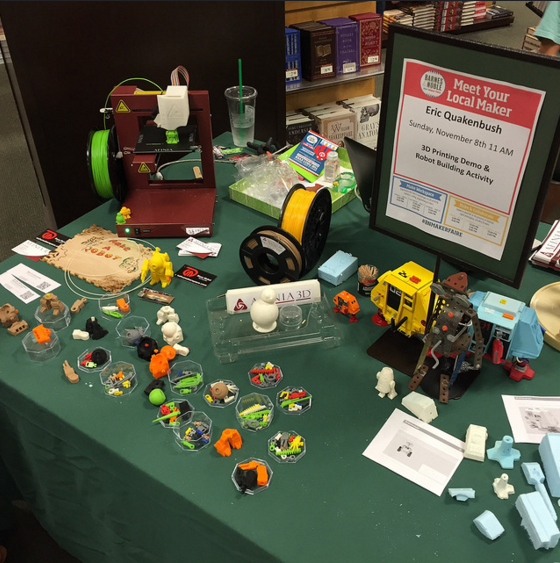 “The activity that I had set up at the faire was aimed at younger kids,” says Quakenbush. “I had actually come up with the activity by accident, based on my experience at my last faire. I had brought a number of foam pieces from a failed robot project I was working on, and had them loosely connected with toothpicks. The kids that came by were intrigued by it and started rebuilding the robot with the toothpicks I had available.” Quakenbush noted how much the kids loved playing with the simple parts, which prompted him to bring a larger selection this time. “I made sure to have plenty of parts and toothpicks,” tells Quakenbush, adding, “it worked out well, because the table was always busy with kids who were participating.”

Quakenbush has experience working with kids, ranging from pre-K to high school, and knew that the foam robot building might not be as intriguing for the older kids as it was for the younger ones. “I wanted to make sure that the older kids were also engaged,” he explains, “which is where my Afinia 479 3D printer came in handy. I 3D printed some 3DKitbash RukiBot parts, along with some Star wars droids, and let the older kids create custom robots with them.”

The two activities worked well for Quakenbush, who says, “The gap between kids was never longer than about a minute!” 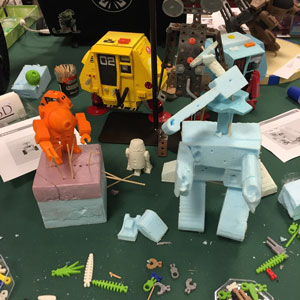 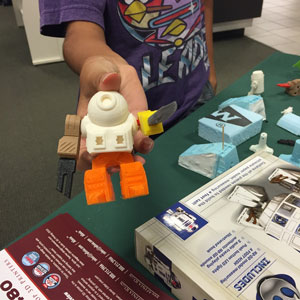 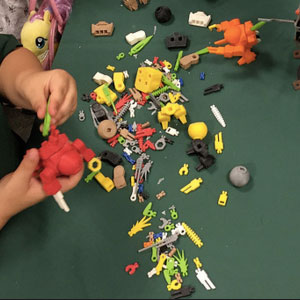 Quakenbush admits that prior to the faire, he had used PLA only a couple of times, and otherwise used exclusively ABS filament. However, he explains, “I figured that being in an enclosed space while doing a lot of printing might be better suited for PLA filament. One of the PLA spools I used was a wood-infused tan color filament from Afinia. The detail of the 3DKitbash RukiBot I printed with it was very well defined. It was a really neat filament!” Afinia offers two other specialty filaments: aluminum-infused and copper-infused.