Take your hobby to the next level

3D Printing takes hobbies to a new level. Whether you are building miniature models, life-size things that really work, or making something that is just nice to look at, 3D printing can make it better.

3D Printers can be used to create new or replacement parts, print trial parts to help you develop your product, or repair things around the house. How ever you use it you will feel great, make more friends, and have a blast.

How Our Customers Use 3D Printing 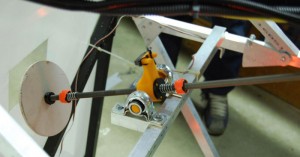 Glen Risberger really likes robots, so much so, that he mentors the Gladstone Robotics high school robotics team. This team participates in a program called FIRST (For Inspiration and Recognition of Science and Technology), which introduces science, technology, engineering and math to school children ages 9 and up. In competitions, the students are given age-appropriate challenges that require building robots.

A recent challenge was to build a robot that could toss a Frisbee a specified distance, with accuracy. Gladstone Robotics developed a simple design based on a skeet thrower. Looking to help his team take it to the next level, Glen looked for a 3D printer to create custom robot parts. Risberger said, “There were lots of kits available. We decided that we would rather build robots than a 3D printer…..in November of 2012 we received a copy of Make Magazine’s Ultimate Guide To 3D Printing. It was obvious to us that the Afinia was our best choice. The reviewers said that the Afinia was easy to set up and use. They were right – we were printing within about 20 minutes after opening the box.”

The development of their robot included the 3D printing of:

You can read more about the competition—and how Afinia’s H-series helped the team—in Glen’s Testimonial.

Action Figures and What They Wear 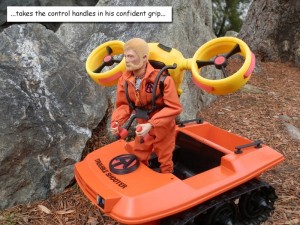 Sean Huxter dreamt of creating a backpack jetpack for his GI Joe when he was a just a kid. Now, thanks to 3D printing, he can actually make one.

Sean designed a modern backpack, to fit 12” action figures, that closely adheres to the concepts of the original GI Joe Action Packs, which broke down into pieces that could be strapped to GI Joe’s back.

His jetpack has unique features such as:

A Day at The Circus 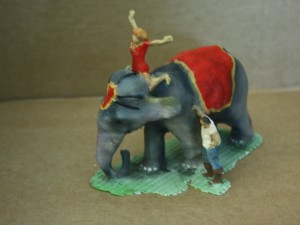 Damon Swanson is a Circus Model Builder who goes to great lengths to create the perfect model. And he’s no stranger to 3D printing. As head of an engineering and design group 20 years ago, he was able to convince management to purchase a stereo lithography system. He was really excited when the Afinia Desktop 3D printer appeared because he was able to take his model building to another level.

Damon is very active in the Circus Model Building community. His models are in 1/8” scale (1/8” = 1 foot), and accuracy is important. His builds include a Parade Elephant, a Circus Commissary Wagon, and – probably his most difficult design – Plow Horse.

Damon frequently shares his best practices with other hobbyists. He has created different workflows for his models, depending on the subject matter. To see some of his models on Thingiverse, and read a little about his design philosophy, please read his testimonial.

Afinia continues to shape the future with industry-leading customer support and warranty guarantees. 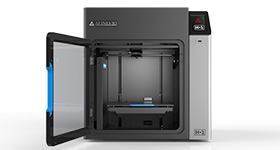