Trevor Phillips is a media producer, and owner of Trevics Media, based in Seattle, WA. In the past, he’s worked for well-known TV series, including NCIS, CSI, and Dexter.

If you’ve seen the popular television series NCIS or CSI, chances are you’ve seen some of Trevor Phillips’ work. Phillips is a media producer/playback artist who recently left Las Angeles to settle down in Seattle and start Trevics Media, a company offering video production, media, and animation services. “My job in LA was to create playback graphics,” explains Phillips. “For example, in NCIS when the cast enters Abby’s lab and works on the computer, the DNA scans and other computer images were often created by me. Now, I do a wide variety of things including TV commercials and corporate media.”

One of the recent projects Phillips completed was a series of commercials for Elf on the Shelf. “It was a lot of fun to work on the Elf on the Shelf project,” says Phillips, “and it was a great introduction of 3D printing into my business.” If you’re not familiar with Elf on the Shelf, it is a Christmas tradition that includes a “scout elf” that helps Santa know whether kids have been naughty or nice. After watching over the kids, the elves fly back to the North Pole each night and then “reappear” each morning (placed by parents in various locations and situations around the house). 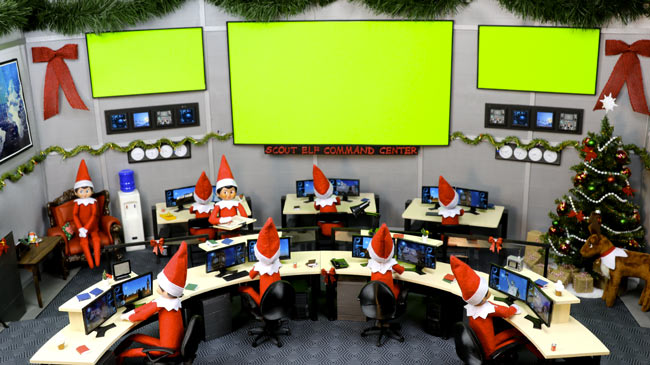 “In the Elf on the Shelf commercials, we captured the elves coming and going from the North Pole. But to do this, we had to build several scale sets for various elf locations,” explains Phillips. “When we initially discussed the project, we knew we would build sets first using computer graphics. Then, to save time, we would take the CAD plans and 3D print as much of the set as possible.” Phillips clarifies, “The 3D prints weren’t just prototypes. In many cases, the 3D printers are actually used in the commercials. Things like chairs and desks were all 3D printed. For the few things that couldn’t be 3D printed, they were laser cut in wood.” 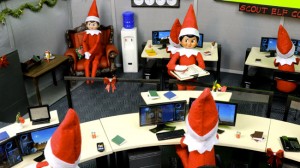 According to Phillips, using the Afinia 3D printer for the project was “invaluable.” “There are so many things we wouldn’t have been able to put into the sets if we didn’t have an Afinia H800 available. We got started a little later than desired – which is often the case with these types of projects – and to fabricate set pieces by hand would have just been unreasonable,” Phillips says. “On top of saving an incredible amount of time, we got to add a remarkable amount of detail that wouldn’t have been possible otherwise.”

“The printer worked right out of the box. I ran it non-stop for about a month, with very few hiccups. I also didn’t have any 3D printing experience prior to using the Afinia, but the guides and manuals were so well-written that printing was a breeze,” tells Phillips. “Now, I am just left wishing that I had two printers instead of just one!” Phillips explains that the large build area, heated platform, and HEPA air filtration system were all features that really attracted him to the Afinia H800.

“After using the 3D printer, I found some additional bonuses. It’s surprisingly quiet, and didn’t bother us at all while we were working. Thanks to the H800, 3D printing has far exceeded my expectations. It printed a lot faster than I expected, and produced higher quality than I expected, too. It was a win-win.”

“In almost any line of business, fabricating things by hand is cost-prohibitive. I found that, with the Afinia, I can print so much more than I could fabricate by hand, and it’s faster, too, which is essential when the limiting factor in my work is often time. Commercials need to be aired by a certain date. The more we can pack into the limited timeline, the happier my clients are. 3D printing has really opened the door to a lot of possibilities for what I can do for my clients.”

Can you spot the 3D prints in the videos?